Community Banding in the Middle of London

In the grey, impersonal, frankly unfriendly and often fairly grubby City of London area, one might wonder whether a sense of community exists. The City of London itself has a population of under 10,000 (according to the 2011 census) compared to the 9 million that live in London altogether – meaning hardly anyone actually lives in district, despite its jostling crowds of city workers during the day. So what, you may ask, is a community brass band doing there?

The great thing about being a brass band in the City of London for rehearsals is that we've managed to become a community despite the fact very few of us live there. It works for most people on a practical level because many band members come straight from work (although some have reported weird looks when carrying a baritone into the office in the morning). Community music doesn't have to take place in an existing community – we made one out of a real mix of people from different places and backgrounds. Most of us would never have become friends if it hasn't been for this brass band.

Furthermore, we're not exactly a group of people you would expect to ever cross paths. We include a range of professions: bankers, NHS workers, charity workers, civil servants, teachers, engineers – I was an undergraduate music student, fresh out of a tiny Hampshire village when I joined the band four years ago and quickly found myself making friends with people I certainly didn't expect to be meeting while at uni. We have a huge age range and a great gender balance, defying some of the stereotypes of brass banding historically in this country. 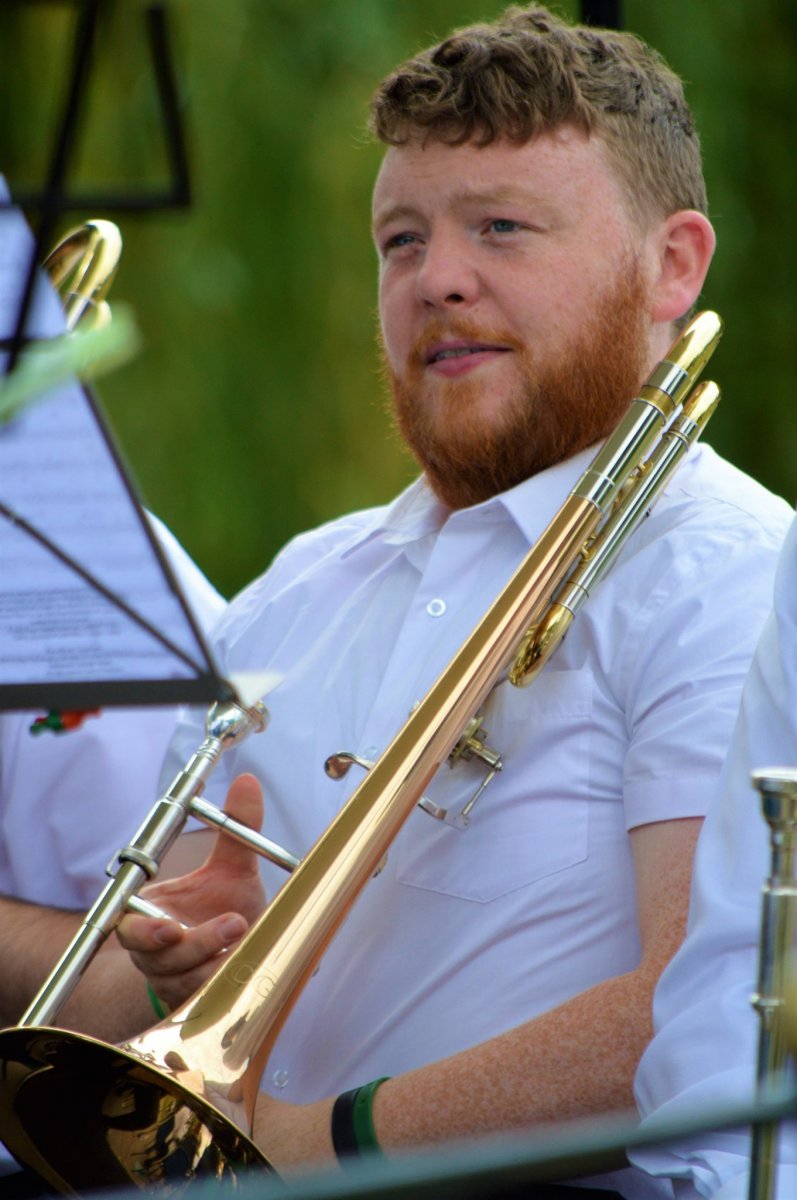  Over the last few months we have been playing across London in bandstands: Regent’s Park; Victoria Park; Golders Hill Park. We get big audiences of both locals and visitors, from people who have been banding their whole lives to people from the other side of the world who have no idea what a euphonium is (and fair enough, to be honest). It’s brilliant seeing children running around and dancing along (and their grandparents too) and it’s quite surreal seeing strangers in London actually sharing a space and chatting and listening to music together. Any Londoner will tell you we DON’T like talking to other people, we WILL NOT small talk on the tube and we certainly won’t dance in the middle of the park in front of strangers.Being able to share the music we’ve been working on for months with others across London is so important to us. And, since our busy summer we’ve had a couple of new recruits to the band who got in touch after hearing our performances, so we must be doing something right. We are already planning on returning to the bandstands next year, having been invited back by organisers after this summer’s successful run.

Overall, I reckon the fact you can hear a brass band rehearsing anything from operatic overtures to Disney medleys in a beautiful church down a little alleyway slap-bang in the middle of the City is brilliant. Onwards and upwards!